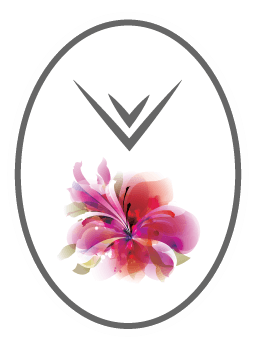 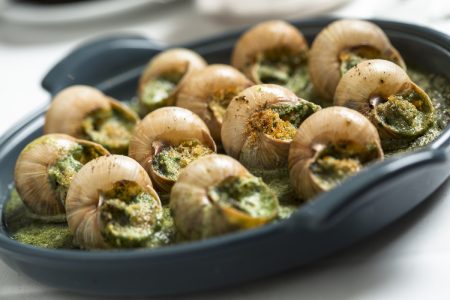 One of Chicago’s best-known neighborhoods, Lincoln Park has some of the finest food and entertainment in the entire city. From 3-star Michelin restaurants to inexpensive burger joints, and from comedic improv at Second City to highbrow theater at the Steppenwolf Theatre, there’s sure to be something for all ages and mindsets in Lincoln Park.

Arguably the best reasonably priced sushi in Chicago, Kameya is the kind of place you walk by a million times without noticing, and then curse yourself for not having found earlier. A true hole-in-the-wall gem on Webster Avenue, all you have to do is read a few Yelp reviews to understand how passionately locals in-the-know love this place. There are only seven tables, so you can expect a unique, intimate experience each time (along with a wait, depending on the evening). The ramen comes (very) highly recommended, and also consider trying the 911 Tuna Roll or the Bulgori. Note: Kameya is BYOB, so bring your own sake and/or okroju.

Located in Old Town, Salpicón is known for Chef Priscilla Satkoff’s refined approach to Mexican dining and for their excellent margaritas: a winning combination. Satkoff’s Mexican roots, along with her nuanced creativity, help construct a menu of inventively prepared authentic Mexican cuisine. The seviche is excellent, and the wine list is superb—ranked one of the World’s Best Wine Lists by World of Fine Fine…good enough to almost convince you to go with a glass of chardonnay as opposed to another delectable margarita. Recommended by Best of Chicago and rated as “excellent” by Zagat, Michelin calls Chef Satkoff Chicago’s “unsung hero of contemporary Mexican cuisine.” Come for the guac, stay for the tequila.

Many critics consider Alinea to reign supreme when it comes to fine dining in Chicago. A highly reputed owner of three coveted Michelin stars, Alinea is known for Head Chef and Proprietor Grant Achatz’s unique and inspired preparations and his unique sense of molecular gastronomy. Achatz’s is considered a brilliant chef of immense culinary ingenuity, and his gastronomical inventions and creativity are heralded worldwide. If you need any more reason to splurge at Alinea, keep in mind that S. Pelligrino ranked Alinea as the 9th best restaurant in the world, second only to New York’s Eleven Madison Park in the United States. As their website claims, Alinea is not a restaurant, it is an experience. This rings true, and although it might be an expensive experience, your taste buds will thank you for the investment. You will never forget Achatz’s dehydrated salsify, helium-filled green apple balloon, or whatever else this master chef may have up his sleeve for you to enjoy.

Butcher and the Burger

If your wallet is hurting from the Alinea splurge but you still want excellent food, Butcher and the Burger is where you need to head. B & the B offers fully customizable burgers; customers pick the meat, the bun, the spice rub, and the relevant accouterments to adorn their scrumptious creation. B & the B also invokes some serious nostalgia—it doubles as a butcher shop, which makes the whole place feel as if it were transplanted from a different era altogether. BYOB and get creative (pictured: bison burger with egg and duck liver)—but don’t hesitate to stick with the classics, too. The grass-fed beef is excellent, and pairs well with a dessert of their homemade custard.

If you’re looking for great drinks, good small-plate food, and an even better view, look no further than the rooftop at the Lincoln Hotel. J Parker is an excellent place to socialize with colleagues, take a date, or hang with buddies on a Chicago summer’s night. Given that it is a rooftop bar with an incomparable view in Lincoln Park, don’t expect to waltz in and sit down immediately…waits are common, but worth it, and one of the many excellent cocktails on the menu will help kill time until a spot opens up at one of the couches or tables.

Barrelhouse is where Don Draper would likely go for a cocktail if he were to visit modern-day Chicago. Considered one of the finest drinking establishments in the city by TimeOut Magazine, you’ll be well-suited to let head bartender Stephen Cole guide your experience with his incredible insight into the 70+ cocktails on the Barrelhouse’s menu. You can’t go wrong with a classic cocktail like the Dark ‘n Stormy, but if you’re feeling a little more adventurous, check out some of the lesser-known choices like the Burnt Fuselage or Jimmie Roosevelt.

A truly world-class beer menu makes this place a ‘local’ standout. With drafts that rotate weekly and hail from all over the world, Local Option is a beer nerds dream. With heavy metal often blasting and “S*** beer can be deadly” scrawled in German on the wall, the European influence on Local Option is tangible. Owner Tony Russomanno and fellow beer expert Noah Hopkins also teamed together to start a craft brewery, Local Option Bierwerker, which tests out its new craft runs in-house. Some highlights: Dampf Loc, their first beer, is an all-barley ale inspired by “Dampfbier” originally crafted by medieval peasant inhabitants of southeast Bavaria’s Black Forest; Kentucky Common is a modern interpretation of a pre-prohibition ale. Be adventurous and treat your taste buds to something hoppy!

Quite simply one of the best coffee houses in Chicago. Equipped with an excellent upstairs space that is perfect for working or studying as well as outdoor seating to enjoy when weather permits, CityGrounds combines standard small bites with excellent coffee to be your one-stop shop for a little neighborhood pick-me-up.

To See and To Do:

One of two major zoos in the city (the other being the Brookfield Zoo), Lincoln Park Zoo is one of few free admission zoos in the United States. Among other animals that are sure to impress, the zoo is home to tigers, lions, polar bears, and many varieties of monkeys and reptiles. The primate house is particularly impressive, and the Pritzker Family Children’s Zoo is a perfect place to spend a day with your favorite kid(s). Also be sure to pay a quick visit to the old burr oak tree that dates back to 1830—three years before Chicago was founded!

Founded in 1857, the Nature Museum focuses its research and curation on the natural history of Chicago and the surrounding region. The City Science House, Water Lab, and Wilderness Walk habitat exhibits are all special in their own right, but the real not-to-be-missed gem is the incredible Butterfly Haven. Home to more than 200 species of native and exotic butterflies, you’re almost guaranteed to have at least one majestic butterfly land on your shoulder as you make your way through the breathtaking space.

Without a doubt, Second City is the most influential improv comedy club in the world; a true treat to have in the city. The training ground of stars including John Belushi, Joan Rivers Dan Akroyd, and Steve Carell, the Second City has maintained excellence in entertainment since its opening in 1959. Look for the stars of Second City to become the next stars of Hollywood shortly after they almost inevitably leave Chicago for L.A. to unleash their humor on the big screen.

For those looking to learn more about Chicago, look no further than Lincoln Park’s Chicago History Museum. Founded in 1856 to study and interpret the history of the Midwest’s greatest city. With several exhibits to choose from at any given time, become an expert in Chicago history and impress your neighborhood friends with your knowledge.

Given the ever-changing taste of Chicago’s young urban elite, it is quite the challenge to remain relevant and hip. That being said, Art Effect has been consistently successful in Lincoln Park for over 20 years, which speaks to its distinctive style. An eclectic boutique, Art Effect specializes in women’s fashion, designer jewelry, and a unique rotating selection of gifts.

If you’re going to be a true Lincoln Parker, you’ve gotta be hip. With the recent resurgence of vinyl, there is no better place to shop for your favorite LP, in LP, than Dave’s Records. Dave is no newcomer—he’s been dishing vinyl for over 25 years. From rare copies of “Purple Rain” to the latest from Mumford & Sons, you’ll be sure to find whatever you’re looking for at Dave’s.

While most consignment shops tend to be overwhelming, the selection at Crossroads is excellently curated. While the experience can be a hit or miss (see the huge disparity between Yelp reviews), the Lincoln Park Crossroads is considered by many to be the best in Chicago. At similar shops you may be able to find a diamond in the rough every now and then, but at Crossroads there tends to be more diamonds than rough; it is definitely worth a shot, you never know what you’ll find here.

Jewelry can hardly get any more personal than it does at Erin Gallagher. Known for its personalized pieces and bespoke mentality, EGJ gives the customer the ability to choose the style, metal, and gemstone(s) included in each unique piece. Whether you’re shopping for yourself, your man, or your lady, EGJ will help you create a timeless piece all your own.

Started by a former Parkway Drugs pharmacist, Aaron’s Apothecary has everything you need, from the basics (i.e. Advil, Bandaids, etc.) to the unique (i.e. homeopathic remedies and designer cosmetics). Whatever your ailment, rest assured that Aaron will be able to take care of you. It’s a treat to have such a one-stop remedy shop in the neighborhood.

Trains: Lincoln Park is easily accessible via mass transit, with several different options for getting in and out of the neighborhood. For local commuting, the CTA’s Red and Brown ‘L’ elevated train lines are all accessible at the Fullerton station; Purple line express trains also stop at Fullerton during weekday rush hour. Furthermore, the Brown line is accessible at the Armitage stop, and the Purple line is similarly accessible at Armitage during the weekday rush hour, when express trains stop at the Armitage and Fullerton CTA stations. To get to the burbs or to Ogilvie Transportation Center, the Clybourn metra station lies on the Western outskirts of Lincoln Park.

Buses: Lincoln Park is served both by express and regular buses, with CTA’s 151 and 156 lines running all the way through the neighborhood to the zoo. Furthermore, CTA’s #74 bus is accessible on Fullerton Avenue, #11 on Lincoln Avenue, and #8 on Halsted Avenue. All bus routes and schedules are subject to change, and more information is available here.

Car: By car, Lincoln Park is most easily accessible via Lake Shore Drive to the East or the Kennedy Expressway to the West.

To Keep in Mind:

Lincoln Park is one of Chicago’s greatest neighborhoods. With excellent shopping, dining, and boozing options, residents of Lincoln Park are able to locally enjoy all that the city has to offer while simultaneously living in a neighborhood that feels comfortable and residential.