So You’re Moving to Chicago

10 Things a Transplant to the Windy City Should Know 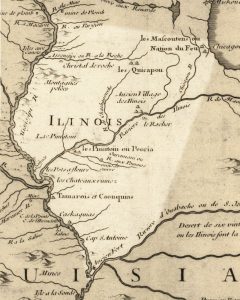 The town of Chicago was organized in 1833 on August 12 (my birthday!) with 200 people. The city of Chicago was founded in 1837 , and has grown to a current population of 2.7M. The Great Chicago Fire of 1871 burned down several square miles of the city but the construction boom that followed continued for decades, causing Chicago to become a leader in city planning and construction, which is still true today.

Geology of the Chicago Area

The city of Chicago is built on the remnants a series of glaciations – cycles of glacial advance and retreat. The most recent glaciation (which ended approximately 16,000 years ago) was caused by an advancement of ice known as the Michigan Lobe of the Laurentide Ice Sheet, which spread south from what is now Canada, around 75,000 years ago. Evidence of previous glaciations were scoured away by the most recent one in the Chicago area, but are visible further south in Illinois. Beneath the glacial still deposited by the Michigan Lobe, the city is built on dolomite bedrock from the Silurian period.

Planes, Trains, and Automobiles (Oh My!) – Getting Around Town

On the southwest shore of Lake Michigan, Chicago lies at the intersection of several major interstate highways. O’Hare International Airport is also located in Chicago. The city boasts quite a lot of public transit by rail, including the L loop which circles a good chunk of the city. Whether you’re traveling by road, rail, or aircraft, Chicago is a great place to start (or finish) your trip. If you’ve recently moved to the area, know that whether you’re traveling to visit friends and family or if they’re coming to see you, it won’t be much of a hassle with all the transportation options nearby.

Winter in the Windy City

One of the things a lot of people worry about when moving to Chicago is the winter weather. The wind off of Lake Michigan is frigid, and temperatures can hover below zero for weeks at a time, given the right conditions. Staying indoors in as option… but better to buy a warm coat and enjoy the winter wonderland… sledding, ice skating, owl watching; Polar Bear swim; Chances are, you have some neighbors who have been through the Chicago winters and can give you some tips on how to get through the worst of February. Spending time with your new Chicago friends can help get you through the coldest of days and finding your local ‘Cheers’ bar will. 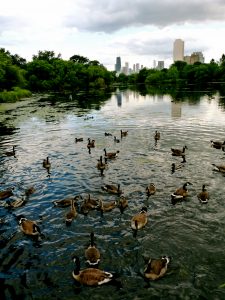 Things to Do Outdoors

Despite the weather, Chicago has a number of parks, which are popular sites for outdoor recreational activities no matter the season. The park district sponsors “Night Out in the Parks” during the summer, with movies, music, and festivals in the great outdoors.

Montrose Harbor, also known as the “Magic Hedge,” has some of the best bird-watching opportunity in the country. The Montrose Point Bird Sanctuary is home to over 300 species of birds and one of the highlights is the annual bird migration. If you’re lucky, you might even spot the elusive Snowy Owl.

Winters in Chicago are chilling, but there’s also plenty to do outdoors with the right attire. Millennium Park boasts and outdoors ice skating rink every winter. It’s a great way to spend an afternoon with family or a unique date idea.

To discover the Windy City, check out a range of Chicago neighborhood walking tours.

What to Do on Your Day Off

Chicago is a center of arts and culture, so you’ll never be lacking for deals on things to do in the city! For the artistically inclined, the Art Institute of Chicago is a good bet; for those more into nature and science, check out the Museum of Science and Industry, or the Lincoln Park Zoo. In addition, the Bean is a popular tourist attraction, as is Wrigley Field, home of the Chicago Cubs. Did you even visit Chicago if you didn’t go to a Cubs game?

The Art Institute of Chicago is home to many Impressionist and Post-Impressionist works and the Museum of Contemporary Art is a must-see in the area. The MCA is one of the world’s largest contemporary art venues, which makes it a dream-come-true for any art lover in the city. Admission is free every Tuesday, so there’s no excuse not to check it out. 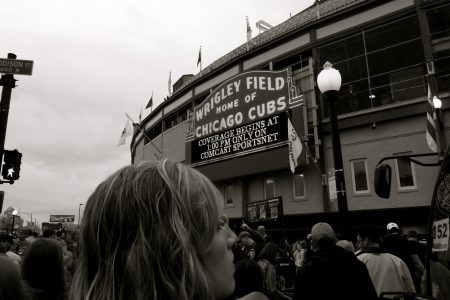 Chicago is home to two Major League Baseball teams, the White Sox and the Cubs, one National Football League team, “Da Bears”, one National Hockey League team, the Blackhawks, one National Basketball Association team, the Bulls, as well as a Major League Soccer and National Women’s Soccer League team, the Fire and the Red Stars, respectively. Of these, the most famous sports team in Chicago is arguably the Cubs. Founded in 1876 as the White Stockings, they became the Cubs in 1903. Only last year, in 2016, did they end a 108-year World Series drought, which was the longest drought in all of North American sports. That said, Chicago sports fans are some of the most dedicated of them all.

As you might expect from a city that has become a major business and entertainment capital, there is no shortage of restaurants and bars to choose from. Some of the best include Mi Tocaya Antojeria, serving Mexican food in Logan Square;  Portillo’s for a classic Chicago hotdog;  Manny’s Cafeteria and Deli in the South Loop for homemade pastrami; and Proxi for  global street food & cocktails to be enjoyed in what might be one of Chicago’s most beautiful restaurant settings. You’ll find everyone has their own favorite for Chicago deep-dish pizza, we suggest you try Gino’s East and Lou Malnati’s and decide for yourself!