A far cry from the quiet, leafy neighborhoods in other part of the city, the West Loop is arguably the most urban of the city’s neighborhoods. This longtime warehouse district has easy access to the Loop but has a unique character that sets it apart from other areas that are close to downtown. The West Loop was traditionally a commercial and industrial area with boundaries of Grand Avenue on the north, Ashland Avenue on the west, the Eisenhower Expressway on the south and the Chicago River on the east, and it was not until the early 70’s that artists began converting former warehouses into loft space. It was the development of Oprah Winfrey’s Harpo Studios in the 1980s that truly spurred a new wave of residential and commercial development in the West Loop.

The real estate of the West Loop is perhaps best known for the many converted loft spaces that were transformed from commercial and warehouse buildings. However these buildings have been joined over the past three decades by mid- and high-rise condominiums and small to midsize townhouse developments. The last decade and a half has seen a steep increase in area prices. Realtors have recently seen median prices of single-family homes reach pre-recession levels and currently are at $1.3 Million. Few single-family homes in the area would be priced below $1M. Condominiums in the West Loop can range between $200,000 and the $1MM range, however the median condominium price now stands at $341,000. The arrival of Google in the neighborhood has many speculating that new demand will push these prices up even higher.

While the neighborhood does have it share of large buildings throughout, West Loop residents enjoy several popular green spaces such as the Mary Bartelme Park and Union Park which hosts the Pitchfork music festival each summer.

The West Loop has one of the best restaurant scenes in the city and popular eateries can be found throughout the neighborhood. The densest collection of those restaurants can be found on Randolph Street. One of most famous Chicago restaurants and popular spots in the city is the New American restaurant Girl & The Goat (809 W. Randolph St., 312-492-6262) which is helmed by Bravo TV’s Top Chef winner Stephanie Izard. Only blocks away lies The Publican (837 W Fulton Market 312-739-9555) which pulls in equally large crowds with their rustic and seafood cuisine. The Greek restaurants of Halsted Street are a long-time staple of the neighborhood and many city and suburban diners flock to the Greek Islands (200 S. Halsted St., 312-782-9855).

While galleries have been a mainstay of the neighborhood since artists began settling here, the West Loop has only recently seen development of retailers and clothing shops. Tribeca (1035 W. Madison St., 312-492-9373) and A Sharp Dressed Man (516 N. Ogden Ave., 773-644-1544) are two outlets that provide women and men with wardrobe choices not previously seen in the area.

What do you look for in the Top West Loop Realtors & Real Estate Agents? Someone with a vast understanding of Chicago neighborhoods? How about an invaluable partner and fierce advocate? You should never settle for anyone who isn’t always striving to exceed your expectations!

If you’re looking for more information on the West Loop neighborhood, or a realtor to guide you through the various real estate options the area provides, I’d love to talk with you! 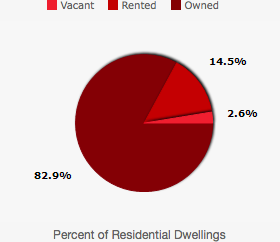